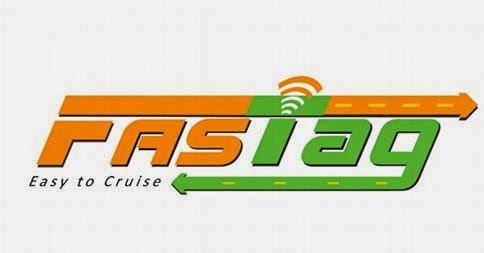 In a bid to cut down the travelling time on highways, the Government of India, yesterday, launched an electronic toll collection (ETC) programme. To be known as 'FASTag', it will allow people to pay their highway tolls electronically without needing to stop at the toll plazas.
"The unique number of the RFID Tag affixed on the wind shield of the vehicle will be read by the readers fitted in the dedicated 'ETC' lanes of plazas and appropriate amount as per the class of vehicle will be automatically deducted from the account of the user. The dedicated ETC lanes will have colour coding for distinct identity recognized as FASTag", the ministry said in a statement.
The ministry also informed that it has roped in ICICI and Axis bank to provide Central Clearing House (CCH) services and RFID based FASTag through their franchises/agents and at sales counters/points near the toll plazas. People can enroll and get their FASTag badge affixed on their vehicles at designated toll tax plaza locations or ICICI and Axis bank's Point of Sale (POS) stations.
Similar highway tag brands are popular in several developed countires, like 'Eazee Pass', 'SunPass' in the US, 'e-Pass' in Australia, 'Salik' in Dubai etc.
Source: ndtv.com

Posted by Tuctec Biometrics at 03:09 No comments:

Dubai made it compulsory to install CCTV cameras in all buildings, villas 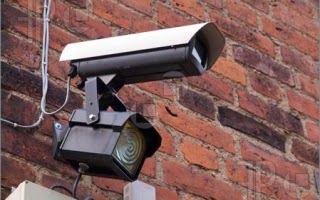 Security surveillance will have to be compulsorily installed in all Dubai buildings and villas, according to Dubai Police.

According to Dubai Police, owners of buildings – residential and offices; and villa compounds, will have three months to comply with this new rule.

The CCTV cameras and security systems to be installed have to be in accordance with specifications set by Dubai Police.

“We have given them a grace period of three months which began on August 26.”

He added that fines will be imposed on those not complying.

Major Al Janahi stated that this action comes under Act No 10 of 2014 and amendments to provisions of Law No 24 of 2008 on service providers and security regulations.

He emphasised that several meetings have been held with owners and real estate companies where they were informed of all details with the explanation of all required specifications.

He said landlords can use one of 650 companies registered by Dubai Police to install the requirements.

Explaining some of the specifications Major Al Janahi said the CCTV cameras, according to the law, should be stable, fixed and must have clear vision.

He added that they must be installed at all entrances to the facility where the picture of a person entering can be clearly seen.

Also, surveillance cameras are to be fixed at all emergency exits and that lead in and out of the facility.

Lobby areas and on sections leading to the elevators are also to be covered by camera.

Reception areas, entrances to health clubs, parking entrances and exits are also to be CCTVed – the latter requiring the number plates of cars to be clearly visible.

All cameras are to be able to have storage capacity of at least one month of footage.
Source: emirates247.com
Posted by Tuctec Biometrics at 07:08 No comments: 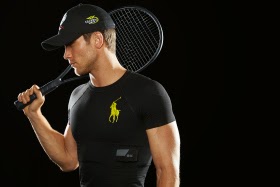 Ralph Lauren Debuts Biometric Shirts at the U.S. OpenFashion guru Ralph Lauren has sought to morph fashionable sportswear into wearable technology with the launch of the Polo Tech smart shirt, which is being worn by some ball boys at this year’s U.S. Open tennis tournament.

The compression garment comes with technology from a Canadian firm, OMsignal, that feeds detailed information about a wearer’s heart rate, breathing, activity and so on directly to a smartphone or tablet.

Silver-yarn-based sensors gauge athletic performance by measuring the expansion and compression of the wearer’s chest along with electrical changes associated with heart rate. The information is collected in a small black-box-type recorder, which can be removed when the garment needs to be thrown into the washing machine.

While the Polo Tech shirt is making a splash at the U.S. Open, the public won’t be able to purchase it until the spring.

Source: Time.com
Posted by Tuctec Biometrics at 23:50 No comments:

Surveillance solution uses sophisticated devices and technologies to build a stable and reliable video surveillance system and ensure the safe and standard operation of traffics. This solution provides interfaces for connecting to standard devices and other systems.
Traffic cameras are an innovative and extremely functional use of video surveillance technology. You've seen their footage during traffic reports on the TV news. They're atop traffic signals and placed along busy roads, and at busy intersections of the highway. Whether they're recording traffic patterns for future study and observation or monitoring traffic and issuing tickets for moving violations, traffic cameras are an explosively popular form of video surveillance.
Traffic surveillance includes the urban surveillance system, high-definition checkpoint surveillance system, bus and taxi surveillance system, and high-definition e-Police system. With these surveillance systems, the Solution provides real-time traffic monitoring and releases traffic information to notify drivers of road conditions. To meet the requirements of different transportation means, Intelligent Traffic Surveillance Solution provides the urban road transportation solution, highway transportation solution, and railway transportation solution, which helps optimize an existing transportation infrastructure, alleviates traffic bottlenecks, and maximizes traffic efficiency.
Advantage of traffic surveillance camera:
Aid commuters - Traffic cameras placed at common congestion points on highways, freeways, interstates and major arteries often share feeds with news outlets - both radio and TV, which in turn pass them onto commuters in the form of traffic reports. Normally, traffic flows do not vary much from day to day, but in the event of a severe accident or road closure, a traffic alert can be extremely valuable for a time-crunched commuter.
Valuable data - Traffic cameras that simply monitor car flows on roads and major arteries are often maintained by state departments of transportation. Along with monitoring the roads for accidents or major closures, footage from traffic cameras is influential in decisions regarding future road development and construction.
Enforce laws - Cameras used to enforce speed and red light laws are effective in catching moving violations and issuing tickets.
Encourage safe driving - Visible surveillance cameras posted at intersections can encourage safe driving habits and discourage moving violations. 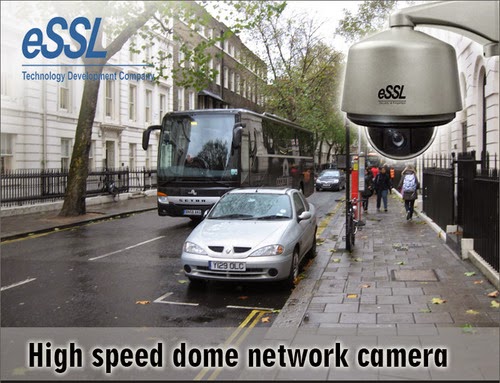 Posted by Tuctec Biometrics at 23:35 No comments: